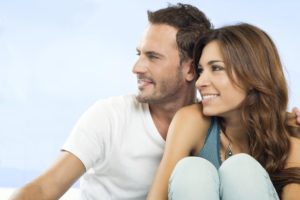 The  Couple’s Therapy  is especially recommended for couples who are in a deadlock: they can no longer stay together nor to leave.

Many couples in crisis, before reaching the painful decision to break up, or even just because of a moment of crisis they are going through, decide to undertake  couple therapy , to try to save their union. However, not everyone knows what they are facing and what kind of commitment a couple therapy may require.

Here is some information, in the form of questions and answers, collected over the years, which can help you make an informed decision about the possibility of undertaking a couple therapy path  .

Is it normal for the relationship to change over time?

The couple relationship is not static, but dynamic, in the sense that it is constantly changing.
In fact, with the passage of time, with the acquaintance and knowledge between the two partners, the feelings and emotions of falling in love are transformed into a deeper feeling, that of love. The relationship between the two partners becomes more stable and solid, but the overwhelming emotions of the beginning are becoming more and more nuanced. In a stable and lasting couple, there are many life events that the two partners will have to face: the crossing of these experiences will greatly change both the two people and their relationship. In some cases the changes will mainly affect only one of the two partners, in other cases they will affect both.These changes, which do not always go in the same direction, can sometimes cause a very strong imbalance, which can push the couple into a deep crisis,

Are there happy couples who have never experienced a crisis?

Therapist John Gottman, who has long studied stable couples, has discovered that there are no absolutely happy couples: everyone, more or less, experiences conflicts, quarrels, moments of tension, more or less during their couple life less strong. However, couples who appear happier seem to have a secret: that of knowing how to manage conflicts, with affection and a spirit of friendship. Unhappy couples do not have this ability and for this reason at some point in their life they decide to separate, without looking for possible remedies, such as that of a couple therapy.

What does couples therapy consist of?

As the word says, couple therapy concerns the couple: therefore not the extended family with children, not the two people taken individually. Attention is focused on the relationship and on the changes that can be made to it, both in the way of communicating and in the attitudes to be taken.

What is the goal of a couple therapy?

The goal of a couple therapy is to provide the two partners with a new interpretation of their own behavior and those of the partner in times of crisis, but above all it is to identify and apply changes that can restore balance and serenity, if not happiness , to the couple.

What Happens During Couples Therapy?

During a couple therapy both partners sit in front of the therapist and freely discuss their thoughts and feelings.

No: therapies that also involve children are called “family therapies”. They are different, because they focus on the dynamics between the various members of the family and not just on the two members of the couple.

When do couples therapy usually start?

In general, couples therapy is reached when there is a chronic lack of dialogue, when betrayals have occurred, or when there are significant dissonances on the education to be given to children. When you are on the verge of a legal separation, the two partners no longer communicate and above all they no longer trust each other. two partners cannot manage alone.

What does couple psychotherapy consist of?

We generally start from the history of the couple, to better understand what are the changes that have created the instability and conflicts complained of. After an initial evaluation of the case, the therapist proposes, if necessary, a therapy, indicating the methods, costs and times. During the therapy all the themes presented are discussed in depth, trying to analyze them and find alternative ways that can help in resolving conflicts.

If only one of the two partners agrees to do couple therapy, does it work the same?

No: both partners must be motivated to undertake this work, on themselves and on their relationship. However, we must not be discouraged immediately: the unmotivated partner could become unblocked in the second or third session; certainly if this does not happen, couple therapy cannot continue.