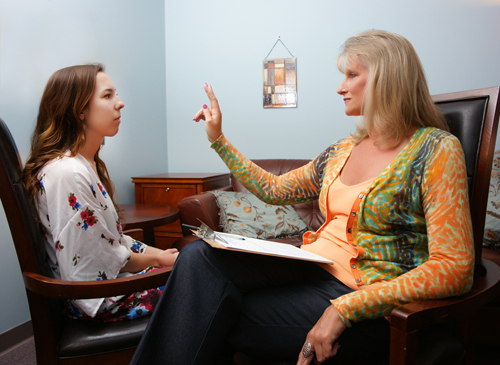 It consists in the desensitization and reworking of the traumatic event by alternating bilateral stimulation of the cerebral hemispheres with eye movements or tapping (drumming on the hands).
It is based on a natural neurophysiological process, linked to the accelerated processing of information, and restores the excitatory-inhibitory balance, improving communication between the cerebral hemispheres.
It simultaneously acts on the emotional, cognitive, behavioral and neurophysiological aspects .
According to the EMDR approach, the pathology is determined by information stored in the memory in a non-functional way and is based on the hypothesis that there is a physiological component in every psychological disorder. Stressful or traumatic events can in fact lead to a momentary alteration of the excitatory-inhibitory balance which determines a sort of black-out of the information processing processes. The information is stored without being processed, exactly as it was presented at the time of the trauma or stressful event. It therefore remains frozen in the neural networks in its original form, with the same emotions (mainly related to anxiety), with the same thoughts and with the same neurophysiological reactions.Bilateral rhythmic stimulation allows access to memory, to neutralize emotions,
It is not a hypnotic technique and the patient is always conscious during the treatment.

ON WHAT DISORDERS DOES IT ACT?

WHAT IS THE DURATION OF EMDR TREATMENT?

One of the main advantages of EMDR is represented by the rapidity of the intervention. Although it is not possible to establish a priori the duration of an EMDR therapy, generally a single trauma can be dealt with in 3-6 sessions, while a multiple trauma requires about a dozen sessions.